The Sabin Group, one of the largest players in the health sector in Brazil, is expanding at a fast pace and inaugurated its new headquarters at the end of 2016. The development, with about 14,000 m² of constructed area, was built following sustainable buildings' concepts, obtaining the LEED Gold certification by the USGBC (United States Green Building Council).

The installations of the air conditioning and mechanical ventilation system were under the responsibility of Almeida França Engenharia, which supplied and installed two water cooling units with air condensation. The entire air conditioning and mechanical ventilation system of the building are monitored and controlled by a building automation system and integrated with the superior supervisory system. There are 410 supervision points.

The recognition of the excellent work done by Almeida França Engenharia came through the award SMACNA Highlights of the Year 2016, where the company won the award for the second consecutive year. 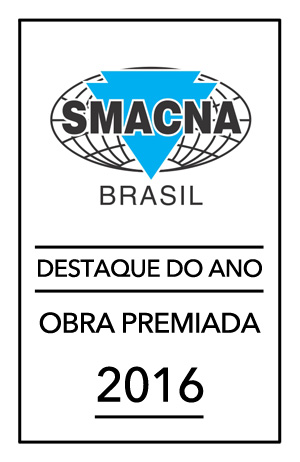